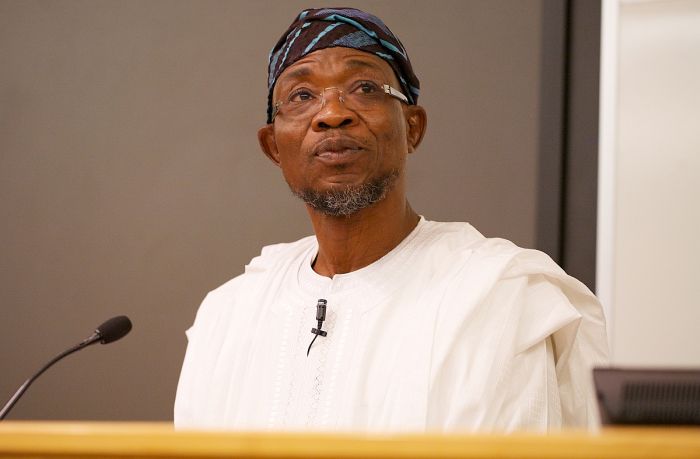 Fasure while responding to questions stated that the Minister who does not hide his feelings is not hostile to anybody including Omisore.

Speaking on the heels of the recent comments by Aregbesola during his revalidation in Ilesa at the weekend, the media aide stated that the issue of rivalry between them being peddled around is misplaced ,adding that the speech of the former governor was a general one in relation to the pattern of membership admission into the All Progressives Congress (APC).

He noted that the APC being a successful political party is what is making people to cross over, adding that there is danger in that.

“Not all these new members mean well for the party as we experienced between 2014 and 2015. Their coming may be to hurt the party.

“Aregbesola’s comments were a warning to party members in the light of that because some of them may have divisive intentions.

“Aregbesola wanted members to be careful not to trust them with leadership and elective positions.”

Fasure maintained that the comment was not aimed at any single individual as the Minister has always insisted that he is not against anybody who wanted to join the party.

The media aide also disclosed that Aregbesola had kept himself away from the state so as to allow Governor Adegboyega Oyetola to consolidate and concentrate on governance and that his revalidation in Ilesa was meant to be a private one among him and his family members.

On the other hand, Mr. Ismail Omipidan, the Chief Press Secretary to Governor Oyetola has said that the governor should be commended for managing Senator Iyiola Omisore who was a former Deputy Governor of the state under the Alliance for Democracy (AD) for two years before he finally became a member of the APC.

Speaking on the same programme, Omipidan stressed that the personality and integrity of governor Oyetola may have been what attracted Omisore back to the party because it takes a man of peace to achieve that.

Omipidan who said he did not want to join issues with Aregbesola stated that the governor had not done anything that would amount to a betrayal of trust between him and his predecessor.

He, however, revealed that governor Oyetola was building on the relationship that was consummated under the Rauf Aregbesola administration during the Osun Guber Rerun Election of 2018.

NAIJALOADED recalls that Senator Iyiola Omisore became a member of the APC in an elaborate registration exercise in Ile-Ife on the 15th of February, 2021.

We have moved to a new domain – visit www.normtimes.wordpress.com for our daily news.

Thanks so much fans, due to some adventures, we’ve moved to a new domain (www.normtimes.wordpress.com). Visit Noble Reporters Media, NoRM Times Edition for more of our everyday news. Thanks.

While serving a sentence for murder, Joseph had already escaped twice from another prison, in Port-au-Prince, in 2010 and 2017.

Ganduje’s aide ‘locked up’ after comments on Buhari Gov’t.

Commissioner for Information in Kano, Alh. Tanko Yakasai confirmed the arrest of his son to journalists..

Abubakar III urged the bandits to always have the fear of God in their ways of life.