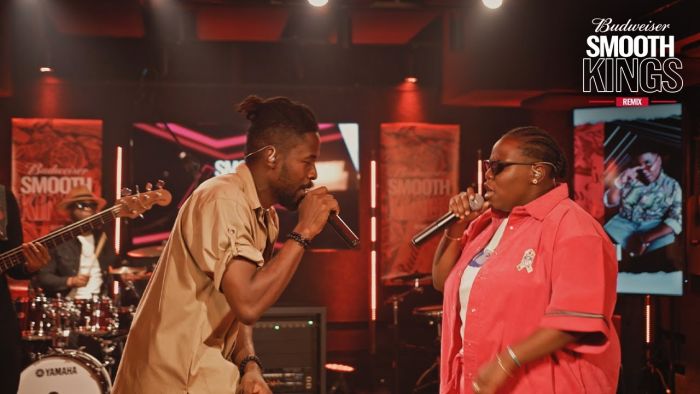 In the “BUDWEISER SMOOTH KINGS REMIX” Episode 9, Teni And Johnny Drille were trusted to do justice to the remix of Baba Fryo’s Hit Single “Denge Pose”.Denge Pose is definitely one of the best love songs to be ever released in the Nigerian music industry. It served as an inspirational, and club banger during its peaks and it took the artists to places.This song feels like a brand newly released song and I am damn sure people will vibe with it if it is released into the mainstream in the industry.Listening to this song made me fall in love with the song again as Teni And Johnny Drille did exceptionally well in remixing the song with alternate sounds behind the sounds.It is never an easy task to remix an old hit love song as sweet as this and make it sound better vocally and lyricallyI must say these guys did justice to the song. The result was thrilling and so much fun.Watch the video below